Mythologies of three women, usually with some magical properties, come in all shapes and sizes. One only has to think of the various manifestations of the myth in literature, such as the Weird Sisters in Macbeth, or classical divinities, such as the Fates or the Three Graces. What it usually common is that the three women are only important in their relation to each other. But is this the case in Neil Gaiman’s The Ocean at the End of the Lane? 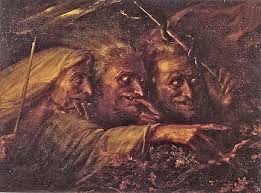 Spoiler Alert: Those, who have not yet read the novel, I suggest that they stop reading this blog entry now.

As promised in my first post, I will now turn to analysing the first interesting element in The Ocean at the End of the Lane; namely, the Hempstock family, who besides the main protagonist, gain equally as much importance in the book.

The Hempstock family consists of three female members: the 11-year-old Lettie Hempstock, her mother Mrs. Hempstock and the grandmother Old Mrs. Hempstock. Tony Keen is his essay explains that the motif of the Triple Goddess is a recurring element in Neil Gaiman’s works, and the Hempstock family proves that The Ocean at the End of the Lane is no exception. Now the Triple Goddess is a complex motif as it has many versions. What I will analyse in this blog entry is specifically the Maiden-Mother-Crone mythology, and its relation to Gaiman’s novel. To take a closer look at this myth in particular, D. J. Conway’s book comes in handy. 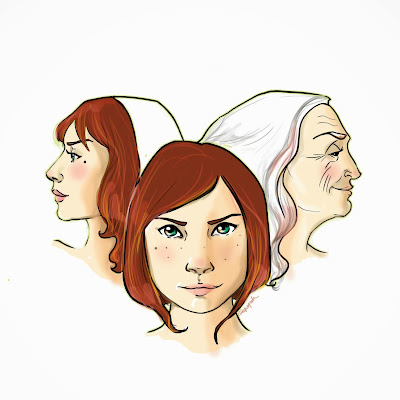 In his book, D. J. Conway explains that the Maiden-Mother-Crone was associated with the three phases of human life, namely youth, adulthood, and old age together with death. The characteristics of the three women are also described accordingly: the Maiden represents vigour, innocence and newness. The stage of the Mother calls upon us that it is time to take responsibility for our actions and the Crone is associated with death, but more importantly it is also understood as the achievement of wisdom. These associations, however, only apply to them because of their relation to each other. Gaiman, however, seems to undermine this idea as at the end of the novel, Lettie, the youngest Hempstock dies, or at least we think she does as the ending is quite vague. Why destroy the unity of the three? Why the youngest?

What could be suggested is the idea that perhaps Gaiman believes that growing-up and taking responsibility requires the total disruption of childhood, which is violent and cruel. The young protagonist witnesses many unpleasant happenings which would destroy any child’s innocence, and as he gazes at the harvest moon, he claims the following: “Things were harvested in autumn, I knew, not in spring.” Perhaps by this claim the protagonist is also acknowledging that losing childhood happens too early at some occasions, and therefore we crave to regain this lost innocence and childhood even as adults. But are we able to regain what we lose from our childhood, or is it just senseless nostalgia? Perhaps this is why we never find out what really became Lettie’s fate. It is up to what we chose to believe in.